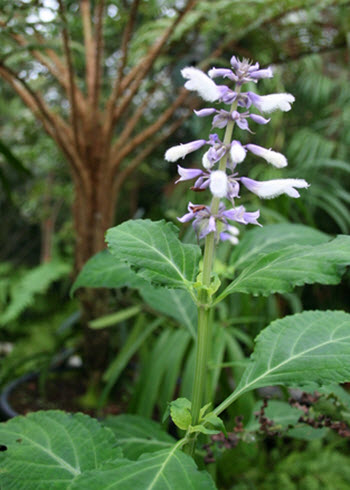 The Salvia Divinorum (diviner’s sage) is out of a genus by the same name, which is commonly known as sage. The genus covers around a 1000 different species from all over the world, but the Divinorum is the only one known with psychoactive traits. The plant itself has large, green, semi-oval leaves with a yellow tint that measures 10 to 30 cm in length. It can grow to a meter in height and have square hollow stems. The flowers are small and hairy in the colors of violet and white. The plant is native to the Sierra Mazateca in Oaxaca, Mexico.

Historically Salvia divinorum is used by the shamans of the Mazatec people. The interesting part is that the Mazatecs combined old shamanic rituals and Christianity, which we will get to later. In 1939 it was discovered by western science by Jean Basset Johnson. After this, the plant was taken in by practitioners of the occult in the west, and are now widespread in “witch” communities in Europe.

The effects of salvia

Salvia’s active component is a chemical called salvinorin A, which is described as the most potent hallucinogenic drug, gram to gram, naturally occurring. This description is considering the dosage needed for its effects to take place. Salvinorin A is active after a dose of 200 micrograms, while for comparison a synthetic hallucinogen like LSD would be active at 30 micrograms. Unlike some of the other noted powerful hallucinogens, Salvinorin does not affect the serotonin receptor, this makes it wildly different.

The effects that salvia has on the mind are many, it can induce vivid hallucinations, changes in mood and sensation, confusion and big emotional outswings, but the really interesting effects are the feeling of detachment from reality and self. This last effect is what makes it a priced spiritual tool. The detachment can be so severe one cannot separate what’s real and what’s not, making the experience very subversive. 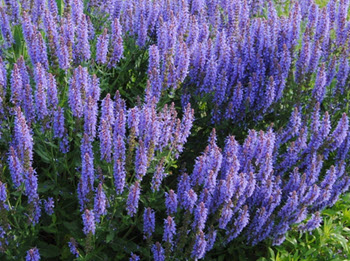 The intensity of salvia can be mentally exhausting, but luckily the effects wear off after 30 minutes, with peak intensity being around the 20-minute mark.

There are many ways to prepare salvia, but the way of the Mazatec shamans can be seen as the best for spiritual exploration. The Mazatecs would only use fresh leaves, which they crushed up, extracted their juices which they mixed with water to make a potion, which would be used in their rituals. The potion is used in healing rituals, where the shaman and the patient would both drink the potion in a quiet space. The shamans believe salvia to be a physical manifestation of the Virgin Mary and have a saying that goes “La Maria speaks in a quiet voice.

The theme of healing reappears in the rituals made up by the witch cults of Europe, where salvia again is used. These rituals have more of a pagan root and try to commune with nature spirits to cure the ill. In these circles, Salvia is also used for what is called a spirit quest, where participants describe having left their bodies and traveled through time and space.