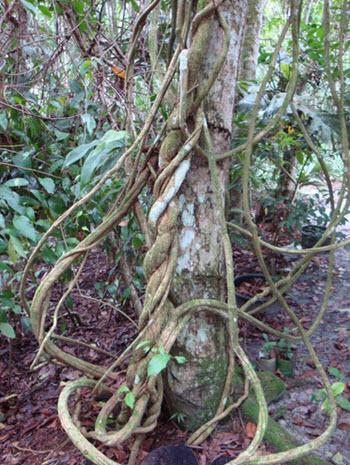 Deep in the Amazonian rainforest, you will be able to find a long wine called Banisteriopsis caapi (in Quechua “the vine of the ancestors”) and the leaves of the shrub Psyhotria Viridis. When these two ingredients are combined and brewed together in the right way, you will get the sacred, healing drink, Ayahuasca. The sacred drink has a history that stretches far back into the history of the shamans and the communities they serve in the upper Amazonian area.

Who uses it and where is it from?

Ayahuasca has for long been part of traditional healing rituals performed by specialized shamans called ayahuasceros. In pharma lingo, it is referred to as a hallucinogen, but the shamans will tell you it is no such thing. After ingestion, the consumer will experience hallucinogenic visuals which are rooted in their own psyche, which in turn leads to opening up the spirit world. If you ask any of the regular users of this drink they will tell you it is a plant-based medicine and is often just called “la Medicina”.

One of the things that set Ayahuasca apart from, psilocybe, iboga, krantom, peyote and all the other psychoactive plants and fungi out there, is the fact that it is made with two plants. When considering that there are around 10,000 different kinds of vines and roughly 80,000 taller leafy plants, it is amazing that someone found out that by combining two specific ones, one can make this very special ceremonial plant medicine. So how did they find out? None of the plants involved stand out in any way and nothing exterior suggests that they would make anything of use if combined, so was it just trial and error? If you ask the shamans involved they will tell you that the plants spoke to their ancestors and taught them the recipe. Given the chances of hitting the combination through random tryouts would be billions to one, one could be lead to think there is something about what the shamans say.

How does it work? 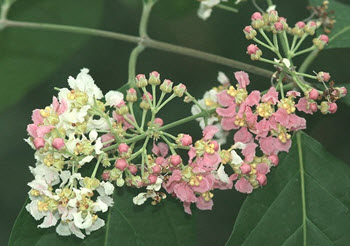 So what is it that makes this combination induce visions and a sense of walking among ancestral spirits? The vine Banisteriosis caapi or “Soul Vine” contains something called harmala alkaloids. Harmala alkaloids are in a group of chemicals called MAO inhibitors. A MAO is a chemical that prevents activity of monoamine oxidase, which is a naturally occurring compound in the human body. The monoamine oxidase usually blocks the entry of certain compounds into the brain, but Banisteriosis caapi holds them back for a little while. This is when the active ingredient of Psychotria viridis comes into play. The leaves contains big amounts of N,N Dimethyl Tryptamine or DMT. DMT is the most powerful and potent hallucinogenic compound known to man. The compound is not only found in the shrub but is made in countless living organisms, including our own body.

What is it used for?

The brew is mostly used ceremonially. These ceremonies vary quite a lot from shaman to shaman and tribe to tribe, but some aspects seem to transcend. During the beginning of most ceremonies, the participant and the shaman will collect what is needed together and prepare the brew together. This is to strengthen the bond between participant and shaman. When preparation is done the bitter tea is consumed and the consumer is often placed in complete darkness. Here they will sit with the shaman whom will guide them through singing, and some time blows smoke on them to cleanse their aura.

After some time the visions will start to flow over the consumer and they will get to a trance-like state. It is in this stage they are said to speak with the spirits and be healed.