The Kava plant is out of the pepper family and is a native plant to the Pacific islands. Kava is a many-branched shrub which grows up to 4 meters in height. The individual branches are slim but attached to a large woody rhizome at the bottom. This rhizome is where the highest concentration of active substance is found. The plant produces large, light green, heart-shaped leaves and small insignificant flowers.

Kava is used for ceremonies by people and cultures all over the Pacific islands, a practice that goes back thousands of years. At the present age, Kava is still used regularly in Hawaii, Fiji, Samoa, and Vanuatu as a part of many events and rituals.

The effects of Kava

The effects of Kava comes from it kavalactones also called kava-pyrones. The effects of kava count anesthetic properties, lowering of anxiety, general muscle relaxation, sleep-inducing and feelings of wellbeing. Kava has also been known to be a conversation stimulant and sleep aid. Researchers into Kava believe the kavalactones have an impact on the limbic system, which is the very primal part of our brains which deals with a lot of our emotions and basic bodily functions. 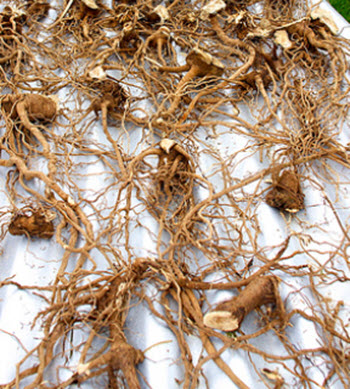 Most cultures in the Pacific have their own unique greeting ceremony with special traditions, clothing, and music, but the one thing that transcends all of them is the serving of a Kava drink. The drink is furthermore used when different fractions or tribes meet to negotiate something and just as a social intoxicant.

On the isle of Pohnpei grows a variant of the kava called sakau. The sakau is a very rare and prized plant and holds a special place in Pohnpei culture. They consider the leaf of the sakau the only thing that can calm the anger of a king. In other words, it is used in situations where someone needs to calm an authority figure of sorts. The tradition dictates that if sakau is offered one have to accept it. For example, when someone has to ask a father permission to marry his daughter, they bring sakau to her father, mash them up, then serve him the juices and he would be forced by tradition to accept and drink it. The drink would calm down the father and a more equal and leveled discussion can transpire between them. The sakau is also good for stopping bleedings, the juice is said to have antiseptic properties and encourage the wound to heal, plus the leaf works well to wrap up the wounded part.

The plant is used as a small sacrament in many of the smaller religions of the Pacific, playing a major part in many rituals and ceremonies. For that reason, it was banned by early Christian missionaries who came to the isles.